Every year, millions of women, children, and men are severely injured or killed after being attacked by family members or people with whom they once shared a relationship. However, abuse allegations are often made without any real facts, for revenge or to gain the upper hand in custody or divorce cases.

A full ranges of offenses fall under the general category of Domestic Violence, such as:

At Witson Law, we take the constitution seriously. No matter what the circumstance of your charges may be, you deserve a strong defense of your rights and protections under the law. We will do everything possible to help you avoid jail by proving your innocence, fighting for a reduction of charges or accepting a sentence that offers alternatives to jail. We will challenge the accusations in domestic violence cases. Domestic violence is a serious charge, but a comprehensive investigation can reveal that domestic abuse charges are made out of fear, revenge or anger. 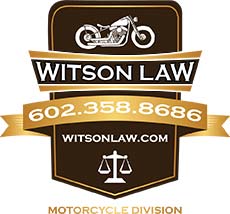 Mr. Clarence E. Witson II received his bachelor’s degree in Corporate Communications from The University of Texas in Austin, and his Doctor of Jurisprudence Degree from Thurgood Marshall School of Law in Houston, Texas. Clarence has been working in the legal field since 2003 and he is licensed to practice in all state courts in Arizona. He has been involved in the management and maintenance of several law firms, and he has worked with numerous clients in handling their legal needs. Clarence prides himself in working to ensure that all of his clients are well informed of each and every aspect of their cases. You will find that Clarence will treat you with the dignity, respect, and honesty that you deserve.